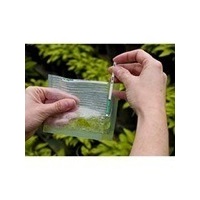 The INSV ImmunoStrip® is an on-site tool to quickly identify INSV-infected plants with or without external disease symptoms.

This test can be used by growers, plant breeders, disease clinics, researchers, commercial laboratories, regulatory agencies and anyone testing for virus infection in developed plant, and plant part used for vegetative propagation.

In September of 2017 an improved version of this test was released. The new version (Catalog # 20501) of the test exhibits greater sensitivity (approximately a 3 to 4 fold increase) than the previous INSV ImmunoStrip.